Posted on December 26, 2018 by LovingLikeGod.com 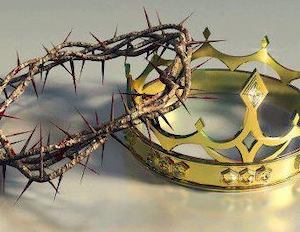 The day He died, Jesus had the best view on the hill.

Among other things He saw that day, He saw His mother standing beside John, “the disciple He loved.” He gave them to each other that day – John to her as a son, and her to John as a mother.

But the beholding I would like to share about here is our own beholding; what we need to see in connection with the day He died.

Pilate presented Jesus to the crowd and said, “Behold the man.” Jesus was wearing a crown that day.

Many years before that day another king wrote: “Behold …” – Well, perhaps you might want to read it for yourself in Song of Songs 3:11.

While you are there, please note the context beginning with verse 7.

And here are a couple of clues that might help with your own beholding: Jesus said that these Scriptures were all about Him, and, another way of understanding Who this passage is about is to remember that king Solomon was also the Son of David.

Jesus began to put the solitary in families even before He died.