Desolation and The Desolate Woman

Posted on November 9, 2012 by LovingLikeGod.com 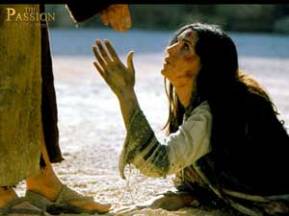 The following is an explanation that will help in comprehending much that is in the audio presentation, “The Needs of The Bride” (see below)

By way of introduction to Isaiah 53, I need to make an observation that was brought home to me by the prompting of The Spirit to look up the word “astonied.”  It appears in Isaiah 52:14. The N.A.S. has it, “Just as many were astonished (KJV-“astonied”) at you, (my people) So His appearance was marred more than any man, and His form more than the sons of men.”  In the original, the word here translated “astonished” or “astonied” is the same word that is translated “desolation” in the “abomination of desolation” of Daniel.

For the Hebrew reader there would be a connection – an important connection, I believe between the two passages, and from there the Olivet discourses. With that in mind we could understand Isaiah 52:14 it to read, “Just as there were many who were made desolate at the sight of you, my people, in the same way His appearance is also enough to make one desolate.” I believe this is what the Woman, the “desolate woman,” of Isaiah 54:1 (same word in the original) saw, and realized, and embraced – her desolation was His desolation.  His desolation was the response of His love for her. It is His love that transforms her into the “drop dead gorgeous woman,” but first, she must own up to her own desolation.  It is this desolation of the flesh that is the fertility of the Spirit.  In his letter to the Galatians, Paul tells us that this woman is our mother, that she is the free woman, represents the New Jerusalem that comes down form Heaven, and her children, which children we are, are likewise free.

I trust this will be enough to help in understanding much that is said in the “Needs of The Bride audio” which I consider to be one of the most inspired messages that I ever was prompted to deliver.

2 Responses to Desolation and The Desolate Woman