Being First, Then Doing

Posted on September 20, 2012 by LovingLikeGod.com 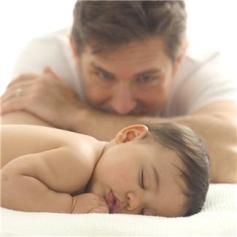 The Church at Antioch got me thinking a little more about this matter of the priority of “being.”  Antioch is where “they were first called ‘Christians.”  So I thought perhaps I should go back there and see what happened that lead to their getting tagged with that name.

If you want to follow along with me here, what happened can be found in the book of Acts, beginning at Chapter 11, Verse 19.  The early persecution of the Church at Jerusalem scattered the flock, and some of them came to Antioch.  That these who first arrived there were from the Jerusalem Church gives us a little insight into the mindset of those who had been part of that original fellowship, and under its leadership.  They only shared Christ with the Jews at Antioch.

The next thing that happened was that some believers showed up from Cyprus and Cyrene, and they were willing to share with the Greeks at Antioch.  It seems, that somehow, perhaps by the Grace of God, they got free of the racial preoccupations that apparently permeated the Jerusalem Church. We might understand this to be a crack in the relational woundedness of the old man’s flesh. In them the possibility of more inclusive fellowship began to get a foothold in the thinking of the early Church. It may not have been gender neutral yet or free of economic class considerations, but, at least it was no longer racist.

Apparently due to the more egalitarian sharing of these “missionaries” from Cyprus and Cyrene, the Church in Antioch began to explode in number, (Verse 21). This development apparently shook things up back in Old Jerusalem, so they sent “CSI,” (Crime Scene Investigation – in this case, life scene investigation) up to Antioch to see what was going on, (Verse 22). Fortunately the chief investigator was Barnabas, “a good man, full of the Holy Spirit, and faith,” (Verse 24) the fruit of his visit was even more “came to the Lord.” ?

Looks to me like what you are “full of” makes a big difference where fruit bearing is concerned.

From here Barnabas went to go look for, and find “Saul” in Tarsus.

(At this point in Luke’s narrative he refers to Paul as “Saul.” From this distance in time it is difficult to be sure just why Luke went through a period of adjustment in how he referred to Paul, and how he referred to him in relationship to others, Barnabas, for instance. Believing, as I do that “all scripture is God breathed, I am convinced that this has significance in God that He, God intended we should learn from. So, please note, for now, that it is Saul, and that he is second to Barnabas in reference to the two of them together.)

Barnabas and Saul came to Antioch, and began to teach “great numbers” of new converts there. This is about all we know about what was happening in Antioch when we are told they were first called Christians there, (Verse 26).

At this point their time in Antioch was interrupted by a famine in Jerusalem, (Verses 27-30).

Chapter 13, Verse 1 brings us back to Antioch once again. This time we get a look at the composition of the eldership there, it was composed of prophets, and teachers, (Verses 1-3).

(Here is where we get a clear picture of the confirmation of “Saul’s” apostleship. Paul’s testimony later on to the Church at Galatia, is that he was an apostle from his mother’s womb, (Galatians 1:1, 15). It is interesting that they headed out of Antioch in the direction of Cyprus, (Verse 4, 5) In short they went back in the direction from which they came, who were first willing to share the truth of Christ with the Greeks/Gentiles of Antioch.

It is also at this point that we discover that Mark is with them, apparently brought to Antioch with Barnabas, perhaps when he first came there as an investigative reporter.

Backing up just a little way, to Chapter 12, we get a little background on Mark, and where he was coming from, (Chapter 12, Verses 12-17). it is helpful to our present exploration to stop here for a moment to see how life was in the early Church, It met from house to house. In recent times we have tended to read into this to be in the nature of a transfer of the content of institutional meetings in special buildings to living rooms. It is clear in this context, however, that is not how it was, or is meant to be. There was a new life, and it was being lived from house to house, not as special meetings so much as a place to simply be, to simply live together.

That said, in the context of verses 12-17 we see that this particular instance, this was “… the house of Mary, the mother of Mark.” Her house was clearly a safe place, a comfort zone for Peter. It was likely in relationship to Mary that a father/son relationship developed between Peter, and Mark, (1 Peter 5:13). In short, what I am wanting to focus on here is the life sourced matter of BEING in relationship to others. Mark was a spiritual son to Peter. There is no evidence that he was a spiritual son to either Barnabas or Saul. In the flesh, he was a nephew, (or cousin, depending on the translation) to Barnabas, (Colossians 4:10). But this latter relationship, whichever it was, cousin or nephew, is a matter of the flesh, not the spirit. A lot could be said here about that, but we have “… miles to go before we sleep.”

In any case, we find out later on that taking John Mark along on this first of “Saul’s” missionary journeys was not such a good idea, at least where Paul was concerned, (Acts 15:37-40). For more about this matter, see, “Circumcision: The Battle of Belonging” in the E-Publications section of the tool bar at the top of the home page.

My focus here is on what the Church looked like to the surrounding community such that the saints were first called “Christians” there. Was it their doing or their new state of being? Whatever it was, it was the fruit of the Spirit, first working in those who were willing to tell the Gentiles about Jesus, and then by Divine impregnation – the Grace of God in and on the lives of those who heard, and received the Truth of Jesus. When Barnabas arrived there, he saw the “evidence of the Grace of God” that was on them. In a religious or institutional, or theological sense they had not been taught to “do” anything yet, that would remain for when Barnabas returned with Paul and taught great numbers of them, (Acts 11:26).

Whether calling them was meant to be a derogatory remark, or complimentary, calling them “Little Christs” was the reaction of their world to seeing them together. That gets pretty close to what Jesus prayed and died for, (John 17:20-26).

In 1 Peter 3:15 tells us, “…in your hearts set apart Christ as Lord. Always be prepared to give a reason for the hope that you have.”

The question in the mind of the observer, the world around us, concerns “hope.” There’s a hope they no longer have. That hope has to do with relationship. The world around us has been so wounded in relationship to others, it has given up on any meaningful relationship with others. Intimacy is their greatest desire, and rejection is their greatest fear. When they see how we are with one another, they want to know how this is possible. They are hopeless. And we are filled with hope – a hope made possible only in His love.

My point here is that the Bible doesn’t focus on anything they were doing so much as who they had become in relationship to each other – a new creation had broken into the old one, and this new one was neither racist, sexist, nor classist.

2 Responses to Being First, Then Doing