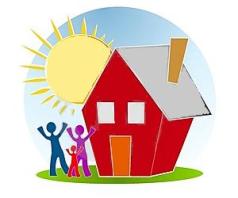 Some years ago now, a brother in The Lord made a plea for us to “…overcompensate by not using the word “rule” which will lead many to misunderstand the term and thus interpret it as controlling. Instead we should use definitions such as “lead,” “guide,” ‘care for,” “watch over,” etc. that will keep us focused on serving God’s people.”

Many of us can appreciate this need to “overcompensate,” as coming from so much abuse of authority in what’s been calling itself “church.”

My brother had gone on to say,

“We all know these forms of bondage are practiced in various degrees of severity among us and that these issues have been discussed for several years now. Jay, you say ‘With the revelation from The Father of Christ and His cross, we can set the captives free, the gates of Hell don’t stand a chance against us. The sons of hell, the Satanic gate keepers have been completely disarmed.’ Suppose I am in one of these “churches,” how are you going to set me free? Where will I go if I leave the “church” I am currently in? I believe we need to go beyond speaking in generalities and start pointing to specific solutions. This is not an exercise in head knowledge but a real time crisis among God’s people. Many suffer in silence as we speak but what solutions can we offer?”

“Certainly I can hear your pain, and the pain of all those who suffer at the hands of ‘the children of the slave woman.’ I would like to suggest another possibility than ‘overcompensation,’ however. Your following paragraph reminded me of something, which, I think is very important in this connection:

“Our model, much like that of Luther, remains too religious, too ministerial, too institutional, too programmatic. The result of all of this is that our language has been destroyed. It has become too loaded. There is too much jargon, too much lingo, all of it loaded, all of it tending toward exclusivity and isolation. God The Father is more than willing to speak the language of those he is trying to reach. We, on the other hand, are inclined to speak the language of the already reached.

God has already spoken to them, about the invisible things of Himself, through the things created. That’s already enough to leave them without excuse but in His mercy God is willing to say it all again in other words through us.

In the old creation, He has revealed to the created things how he does life. Now in a new creation He is doing life once more, and we already know how He does life, and that is the model, not all of the religious edifices and structures that we have set up.

But until we begin to live this out in relationships that Jesus has done, relationships that Jesus has revealed to us and is sustaining in us, we have very little to say, if anything, to a world which has long since lost track of how to get along with itself. In other words, I have no business trying to call God’s people out of Babylon, until I am manifestly living somewhere else. The People of God need an alternative place to live. I call that place, ‘relationships that come from God.’ They can be found from house to house, in the Spirit. God wants to nurture people in households, not in institutions. Healthy parents do not try to make retards out of their children for the sake of parental ego gratification. This is so clear as it has been worked out in the things created, that we truly are ‘without excuse,’ Romans 1:20.

For 1700 years, the church has been more a display case for the male ego, than it has been the revelation of the life of God’s Son. In an old creation place, God wants to superimpose only one new creation place, not two or more. Once we let go of that geographical constraint, all hell breaks loose, and that is what we have, and we have it in the name of the Lord. May I say, ‘This should not be.’

“So, yes, the sheep of God’s pasture want to be one but not with the goats. It is unfortunate that the word ‘unity’ sends such warning bells in my mind but I believe ‘unity’ is an integral part of the great deception ‘that, if it were possible, they shall deceive the very elect.”

“As for unity, there are, at least two kinds, one is Spiritual, and the other carnal. Let’s not throw out the spiritual because of the threat of the carnal. There is only one, “where I live.” That is true for everyone. Let’s not offer two or more alternatives, in the same place, that is a violation, not a manifestation of God’s heart. If you can separate the goats from the tares, you are doing well, but unfortunately the tares are left to grow in the same field as the wheat, at least until the time of the harvest.

My next-door neighbor may be an abusive parent and husband or wife, but that does not give me the right to have him thrown out of town. It is enough if I can live in, and model a redemptive alternative in my own house, without dictating how he or she behaves in his or hers. I am now speaking of spiritual households. A household is one thing, a “church” is quite another. Lets not get the two confused, and lets not allow the fact that the body has many parts to be an excuse to dismantle the Body and call the parts the whole.

5 Responses to This Leadership Business