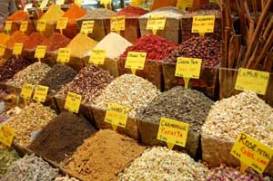 It may be that we become offendable at the point where our own will is in conflict with that of the Father.  Certainly false doctrine would put us in that place.

Having said that, and admitting that I only know in part, I have a growing perception that the streams out of which we have come, have compartmentalized our understanding of the Church.  This is to say, that rather than seeing the word pictures of the church as reflecting the many facets of its essential unity, the word pictures have been taken to reflect various parts, distinguishing them from one another.  Now, I readily admit, that your stream may have a great deal more light on the Scripture than I presently possess, but for now, my perception is that we have divided Christ by this understanding.

For me, Paul’s rhetorical question, “Is Christ divided?” says it all.  No!  Therefore, I am having a difficult time receiving doctrines concerning; “The Bride of Christ”, as a distinct group from “Body of Christ,” for instance.  There have been others who have and continue to do the same thing, creating or seeing various classes of Christians or believers; “The manifest sons of God,” “Joel’s Army,” “The friends of the Bride Groom,” etc.

Some have it all broken down by national types of the various denominations and movements. Assyria represents this, and Egypt represents that, etc.  A problem that I have with all of this is that it seems to legitimize division, but more than that seems to validate institutionalism.  In fact, for all of the complaints against institutionalism in our various streams, there seems be such a great vested interest in all of this compartmentalized doctrine, that it is very difficult to accept that institutionalism itself is anti-christ on its own demerit.

Now, I am very grateful for your comments, particularly at this point, and time, because we are coming down to it in connection with the final end of things.

“We have our sorcerers who have big ministries today like Simon the Sorcerer, who gave the early church so much trouble.”

My problem with these “big ministries” is that they are institutional – the work of man’s hands.  When they claim to be prophetic in origin and function, I have a particularly difficult time with that, because, Christ came to destroy the work of man’s hands, not validate it.  John the Baptist was not “REPENTANCE INC.”

Whether or not they are practicing “sorcery” is, for me a secondary issue.  For me the problem is that they are validating the incorporation and division of the Body of Christ, doing so in The Name of The Lord, and claiming to be acting on direct revelation.  Should their claims be true then my salvation is in serious question.

If those who are His, are going to be called out of Babylon, they must have a clearer understanding, not only of that from which they are being called out, but that into which they are being called.  As it is, the saints seem to be continually called from one Babylon to another, by one blind guide to the next, and the only things that change are the male egos being gratified. And, in our own day, even female egos are beginning to get in on the act.

I confess again, that I may not know the Father’s timing, but for me, I think that this has gone on long enough.  My heart’s desire is for the city of God’s making, not the cities of man’s doing.

Perhaps I should make a further confession: Although you could never guess it from my academic grades, I have been accused of being an intellectual.  There have been more than two or three witnesses required to make me take the accusation seriously.  Jesus promised to build His Church on revelation, which comes down from the Father, not on our ability to figure things out.

There are things that I hold dear which I know have come to me as revelation from the Father.  There are other things, which I also hold dear, which may have come to me because I figured something out. I believe that this may be the curse of those who are intellectually rich.  They may have a more difficult time than most in discerning the difference between what is theirs by revelation, and what is theirs by human wisdom.  I believe that this is a great difficulty for those who function in the prophetic realm.  Truth is, we may only prophesy in part, but we talk a lot. When real prophecy gets mixed up with a lot of talk, there is bound to be some error in the mix.  When the error is the product of those who are intellectually powerful, the mix can be very compelling, and attract a large following.

The continuing debate between “Christian intellectuals” may turn out to be more the fruit of angels of light, than an honest wrestling with the angels of God.  Whatever the intent, the fruit is tearing the Body of Christ apart.  Too often, the reason appears to be the same ego gratification that caused Lucifer to run off with a third of the angels.

In my view, any prophecy or movement, which builds a wall around a part and calls it the whole, does not come down from heaven, but comes up out of the earth.  Enough!

Please do not read any of the above as a rebuke, but rather as a confession of my own struggle, and lack of revelation and insight.  I am not rejecting out of hand the understanding of your background, just confessing that, to date, it is not my understanding.  I am looking at it very closely however, acknowledging that there is much in the Scripture to commend it.  It’s just that I have a great difficulty with the dismantling of Christ, it seems to be contrary to the work of the cross.

For continued reading, see THE CUP