“… and kings will shut their mouths…” 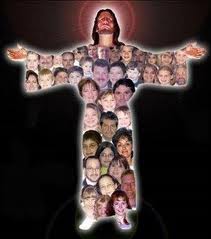 I think I am ready once again to turn to the matter of “desolation.”

The following passage is from Isaiah 52. It is very interesting on a number of levels:

“See, my servant will act wisely[b]; he will be raised and lifted up and highly exalted.
Just as there were many who were appalled at him[c]— his appearance was so disfigured beyond that of any human being and his form marred beyond human likeness— so he will sprinkle many nations,[d] and kings will shut their mouths because of him.
For what they were not told, they will see, and what they have not heard, they will understand.“ Isaiah 52:13-15 New International Version

The first thing that is interesting provides us some insight into the liberties that translators are inclined to take, especially when they just don’t understand or agree with the obvious meaning of the original. Please note that, in the NIV version, at least, the translators are willing to include the accurate meaning in a footnote – footnote [c] above. They have chosen to translate the passage as “… many were appalled at him…” but are willing to let us know that in the original it is really “you” Perhaps they have been influenced by the King James version lobby, (it is quite strong and influential).

One more departure from the original, and we can offer you a better and much more telling translation:

In verse 14, before getting to the matter of “you,” we come to the word “appalled.” in the original, the Hebrew, the word here is the same word that in Daniel, and in Isaiah 54:1 is translated “desolation” or

“desolate.” This to say that a Hebrew reader would note a connection between verse 14 here, and Isaiah 54:1, and “the abomination of desolation spoken of by Daniel the prophet” cited by Jesus in Matthew 24:15, Mark 13:14, and Luke 21:20.

So here’s the deal:

“See, my servant will act wisely[b]; he will be raised and lifted up and highly exalted.
Just as there were many who were made desolate at the sight of you — his appearance was so disfigured beyond that of any human being and his form marred beyond human likeness— so he will sprinkle many nations,[d] and kings will shut their mouths because of him. For what they were not told, they will see, and what they have not heard, they will understand.“ Isaiah 52:13-15

If I have it right, the doing of the people of God is enough to make those who see it “desolate.” both the doing and the consequences of the doing. The “Just as…” tells us that this can also be seen when one sees God’s servant raised up and highly exalted, (Jesus used “lifted up” in referring to his crucifixion, John 12:31-33).

Even kings never saw anything like this before. The sight of it is enough to shut their mouths. It is enough to make them understand things that were unheard of to that time, (the day Christ died).

From here Isaiah goes on to ask a question:

“Who has believed our message and to whom has the arm of the LORD been revealed?”

Isaiah then goes on to elaborate the desolation of Christ. Then comes the answer to the above question:

“Sing, barren woman, you who never bore a child;

burst into song, shout for joy,

you who were never in labor;
because more are the children of the desolate woman

than of her who has a husband,’

Paul explains to us in Galatians 4:26, 27 that this desolate woman is our mother.

How can this be?

She believes Isaiah’s report, (Chapter 53) She identifies with the desolation of God’s people, owns up to it and as a result is able to see that Jesus’ desolation rightfully belonged to her. His desolation is her desolation. In the moment of seeing that she becomes spiritually fertile – “… more are the children of the desolate woman…”

The desolation of our flesh is an important part of the deal. Right from the beginning God was not looking for a “hot chick.” He was looking for a desolate woman.

(Seems to me I’ve met both kinds in “church,” and I would have to say that the “hot chicks” seem to be way to high maintenance.)

More about kings and revelation next time.