An Ego Stake in Ignorance

Posted on December 4, 2021 by LovingLikeGod.com 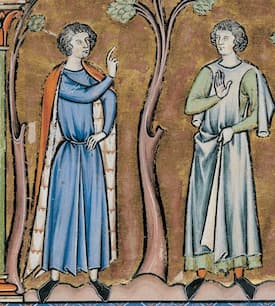 This problem seems to be indicated in I Corinthians 8:1,2 “... Knowledge puffeth up, but charity edifieth. And if any man think that he knoweth anything, he knoweth nothing yet as he ought to know.”

Women, on the other hand, have little or no difficulty in receiving new information; even in public, they are not threatened by it. In fact, if the experience with the tree of the knowledge of good and evil is any indication, they are perhaps a little too willing to take in or embrace new information. Even after we come to a place of recognizing that headship has more to do with source than over-lording, it is clear a women’s identity is not nearly as dependent on intellectual wisdom, even if it’s only “street wisdom,” as is a man’s identity.

If women have an ego stake in anything, it is in the need to minimize their vulnerability. I think this is one reason for their greater willingness to get in your face, including the constant generation of “honey do lists.”

Where the “church” is concerned, this ego stake in ignorance is particularly troublesome, first, because it resists the open dialogue which might result in life, and life more abundantly; but worse than that, it resists speaking the truth in love in a public setting. Male-dominated churchianity is into lectures, not conversation.

Part of the problem may be that it is easier to take up an offering for a lecture than it is for a conversation. One thing is very clear, however; it takes a lot more foreplay to have an intimate conversation with a man than with a woman, and the need for privacy is much greater. I believe this is symptomatic of the lack of circumcision, that is the circumcision of the Cross.