For Us, It’s Not About The Numbers

Posted on January 8, 2020 by LovingLikeGod.com 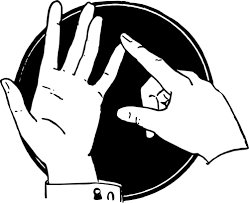 It may be about the numbers with God – so we need to let Him be the one who is looking for a number: “Then each of them was given a white robe, and they were told to wait a little longer, until the full number of their fellow servants, their  brothers and sisters, were killed just as they had been.” Revelation 6:11

For us, however, it’s about intimacy in Christ.

When I first began to study the Scriptures, the ‘begats’ were a big problem for me like they seem to be for most, especially most Christians. But, then one day I discovered that the life is in the begats, and life is what Jesus came to bring us, ‘more abundant life.’

What I would like to comment on, however, has to do with origin and destiny. For me these are fairly practical concerns.

Ultimately, sex is about relationship, and intimacy, not about reproduction. For the present, reproduction is a fringe benefit of intimacy, an intimacy which is so compelling we would have been extinct by now without it.

Where continence is concerned, getting the point is the most important thing. And so, from the perspective of the New Testament, we look back on Genesis, and see that becoming ‘one flesh’ is all about Christ and the Church.

Is she reproductive? Probably not as much as He died to make her, but however long it takes, in the end, she is the completion – or as you prefer -the perfection of Him. He is The Great Lover of our souls, and even when we are not faithful, like Hosea, He is faithful.

Relationship with Him is what it’s all about. If it’s working right, that will make me reproductive, but first, and last, it is relationship He is after, and intimacy, which is the cry of the human heart.

Like Loading...
This entry was posted in J.Ferris: Reposts with Notes and tagged intimacy, reproduction. Bookmark the permalink.

1 Response to For Us, It’s Not About The Numbers