PROGNOSIS – Getting at the TRUTH 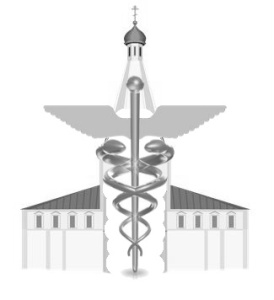 The next place I need to go in agenda-related problems is the discussion of what I have been discovering from the inside, about the conflict between orthodox medicine and alternative medicine.

By way of introduction I need to say that I am very struck by the parallel between the present state of medical practice and the historical time just before the beginning of the Reformation when the Catholic “Church” was reigning.

I’m reminded in the moment of that wonderful line from Monte Python, “Nobody expects the Spanish Inquisition.”

Since those days something that looks and behaves very much like metastatic cancer, (that’s what they say I have) has been running rampant. Just a few could run for Pope in Catholicism of that day. Sad to say a permanent side effect, (I have those too) of the reformation has been way too many people running for pope in Protestantism – even evangelical Protestantism – even cutting-edge evangelical Protestantism. As someone who is presently enjoying stage IV, incurable/ terminal metastatic colorectal cancer, it looks to me like this metastatic religious professionalism is also incurable and terminal.

As I may have already mentioned in prior posts, (the one that spoke of, “Jesus having the best view on the hill the day He was crucified” comes to mind here) the ability to see things most often depends on where we are standing. I find myself standing in a new place, and seeing things from here that I had not seen before, at least not with this much clarity.

Perhaps enough said by now as introduction. Let’s just wade on in! :-)

I had seen the conflict in agendas between those inside the camp of orthodox religion and those outside the camp. (Aren’t you glad they don’t allow stoning or burning at the stake anymore, at least not in this country?)

What I had not seen with this much clarity before my present involvement, is the parallel to this systematic religious problem in the arena of organized medicine.

At my age, and over the years, I have had a lot of exposure to alternative cancer treatments – even helped love ones participate in some of them, and not without some good results. Along with that experience I also got to see the rift between the “alternative” people and the “orthodox” people.

The “orthodox” medical practitioners and protectors do everything possible to muzzle and or run the “alternative” practitioners out of the country. It’s kind of interesting – in the past few days it has become clear that but for one man, and his alternative treatment here in the U.S., Germany seems to be the most advanced in cutting edge cancer treatment.

The man I speak of here could be understood or appreciated as the Martin Luther of a present day medical reformation. His name is Stanislaw R. Burzynski.

I could be wrong, and I intend to find out. One way or another, if you have not heard of him yet, I think you will in the very near future. Looks like his approach to treating cancer may be going “viral” in spite of everything the big pharmaceuticals, orthodox practitioners, including the FDA, (mostly owned and controlled by the big pharmaceuticals) and Government health insurance have thrown at him. He appears to be getting results, many times more successful than the chemo/“orthodox” practitioners.

In one interview, Dr. Burzynski said that since coming to the United States he has experienced more persecution at the hand of the U.S. medical system than he did as an anti-communist in the Communist Poland he had left. So much for “the land of the free, and the home of the brave,” where big medicine is concerned.

Chemo is cancer poison – poison that doesn’t always discriminate very well between the bad guys and the good guys? That also can be seen in what has been calling itself “church.”

As in the “church” business, so it is with the cancer business, it’s not so easy to tell the good guys from the bad guys, because MONEY – BIG MONEY- plays a big role.  They all, both orthodox and alternative, seem to have some degree of financial agendas, and short of that, the Diotrephes syndrome (the love of pre-eminence, see 3rd John 9, and please notice what becomes of the true believers in 3rd John 10, or actually what should have been 4th John because Diotrephes commandeered 3rd John) causing many to “run for pope.”

Perhaps you are also aware of the ego problems that surface every now and again among medical practitioners, like in the day when they refused to wash their hands between autopsies and surgery and prided themselves on their bloody surgical robes.

I probably shouldn’t share this, but today the picture I got was maggots and lions competing for the same carcass. Big or little, self-interest plays a big part in what they are doing. More often than not the “alternative” medicine people seem to be multi-level marketers, while the orthodox medicine people are big establishments with big buildings. This tends to make the priority of the cancer fighting people the mere prolongation of life, and not necessarily the cure of cancer. The cure only ends the financial value of the people who have been dehumanized to the place of financial units. This especially applies to the big pharmaceutical corporations.

When I go into the waiting room at the chemo clinic, I can’t help but count the heads to see how much money for “orthodox” medicine is sitting in the room. It is usually in the millions, if my own financial insurance statements are any indication. I should quickly add that there are certainly many doctors and nurses who are genuinely concerned for their patients, but the problem is rather like that of Paul when he wrote of Timothy to the Philippians: “I have no one else like him, who takes a genuine interest in your welfare. For everyone looks out for his own interest, not those of Jesus Christ.”

The problem that I need to get at here, and be honest about here, is the problem of agenda, which makes interest in others not “genuine interest.” “In the mean time, when there were gathered together an innumerable multitude of people, insomuch that they trode one upon another, he, (Jesus) began to say unto his disciples first of all, Beware ye of the leaven of the Pharisees, which is hypocrisy,” Luke 12:1

Jesus said about the “orthodox” experts of His day, “Beware the leaven of the Pharisees, which is hypocrisy,” Luke 12:1, and sad to say nothing much has changed since then. Some years ago now I came to the rather graphic realization that the leaven is yeast, and sure enough after a month of being on antibiotics for Lyme’s Disease, I got, as it were, a confirming sign of the revelation: my very own yeast infection. One of the things about yeast/leaven/hypocrisy is that it reproduces without dying. Jesus’ kind of love reproduces by dying, John 12:23, 24.

The problem lies with what self-serving agenda does with the truth. Jesus is the TRUTH. He is also the LIFE.

“If anyone teaches false doctrines and does not agree to the sound instruction of our Lord Jesus Christ and to godly teaching, he is conceited and understands nothing. He has an unhealthy interest in controversies and quarrels about words that result in envy, strife, malicious talk, evil suspicions and constant friction between men of corrupt mind, who have been robbed of the truth and who think that godliness is a means to financial gain. But godliness with contentment is great gain. For we brought nothing into the world, and we can take nothing out of it. But if we have food and clothing, we will be content with that. People who want to get rich fall into temptation and a trap and into many foolish and harmful desires that plunge men into ruin and destruction. For the love of money is a root of all kinds of evil. Some people, eager for money, have wandered from the faith and pierced themselves with many griefs.” 1 Timothy 3-10

“For the love of money is a root of all kinds of evil.”

In short, financial agenda is a very powerful force for evil, whether in Church or in Medicine, especially as both are currently practiced. Perhaps nowhere is this seen as clearly as it is in the arena of big medicine, there we see how the love of money marries up with the political powers that be, in the same way as the Sanhedrin married up with the political powers that were, in order to crucify Jesus, “Indeed Herod and Pontius Pilate met together with the Gentiles and the people of Israel in this city to conspire against your holy servant Jesus, whom you anointed,” Acts 4:27

“Prognosis” (Greek πρόγνωση – literally fore-knowing or foreseeing) is a medical term for predicting the likely outcome of an illness, often involving a detailed description.

When applied to large statistical populations, prognostic estimates can be very accurate: for example the statement, “45% of patients with severe septic shock will die within 28 days” can be made with some confidence, because previous research found that this proportion of patients died. However, it is much harder to translate this into a prognosis for an individual patient: additional information is needed to determine whether a patient belongs to the 45% who will succumb, or to the 55% who survive.[1]

A complete prognosis includes the expected duration, the function, and a description of the course of the disease, such as progressive decline, intermittent crisis, or sudden, unpredictable crisis.” – Wikipedia

The TRUTH is in the Spirit, John 2:27. The teachings of men tend to confuse or cloud the TRUTH, so much so that we try to move forward, walk things out, or make decisions based of misleading and inadequate information.

Getting a succinct prognosis in plain language that an ordinary person can understand is all but impossible. Without such clarity, the patient/layperson (the “laity”) is disenfranchised where participating in meaningful decision making is concerned.

More about that in the next post – Lord willing.