Structured According To Life

Posted on January 20, 2014 by LovingLikeGod.com

[The following portion is something Jay Ferris had written inside one of his books (which is available for free download here).] 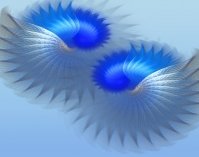 “Three years into the original writing of this manuscript, the Lord seemed to be resisting its completion. My impression was that He was saying that the way of life suggested was too theoretical when compared to the reality in which I was then living. It was as though He was saying that I needed to find out experientially whether these things were so. The last four years of its completion were spent in an intense search. I had been “… looking for a city whose builder and maker is God…” About the only clue as to its identity is that it is a “city with foundations,” Heb.11:10.

The body of Christ on earth, as distinguished from this one already perfected in heaven, has been fractured organizationally by the work of man’s hands. The unbelief of the believers has kept it from being manifested here on earth, and has made it difficult to see the heavenly Jerusalem. I was not able to see it until I was brought to the end of my carnal resources. By God’s grace, and the faithfulness of those He has brought into my life, I have finally managed to be still enough to catch a glimpse of it.

The body of Christ has been broken because we have tried to organize ourselves according to human understanding. Human understanding is the enemy of God. Our heavenly Father wants to put us together according to the life of His Son.  Flesh and blood cannot accomplish that; only the Father can. He wants to put us together in such a way that the gates of hell cannot prevail against us.

As we must know who Jesus Christ is supernaturally, so we must discover supernaturally who we are in Him. I have begun to discover who I am in relationship to others supernaturally. It is “joy unspeakable and full of glory…” 1 Pet.1:8.  It is not of works, not even of relational works, “lest any man should boast,” Eph 2:9. I have been saved, and continue to be saved by grace! I am being placed in the body by grace! I am a man under authority by grace!

The Lord has put me in a family. Whether or not you are a member of an “institutional church,” the Lord wants to put you in a family. That is where the Lord commanded the blessing.¹ All that old creation families ever promised, the Lord wants to give you a hundredfold in this present age in His new creation.² Without necessarily moving into the same house, the Lord wants His people in any given place relating to each other as though living under a common roof.  Whatever it is that is at work in our hearts that keeps the body of Christ from being reconciled is false religion. It is idolatry.”

“I BESEECH you therefore, brethren, by the mercies of God, that ye present your bodies a living sacrifice, holy, acceptable to God, which is your reasonable service. And be not conformed to this world: but be ye transformed by the renewing of your mind, that ye may prove what is that good, and acceptable, and perfect, will of God.”  Romans 12:1-2

8 Responses to Structured According To Life