Posted on January 5, 2013 by LovingLikeGod.com 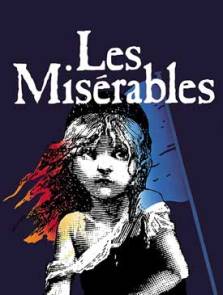 Amazing!! I have never experienced anything quite like it.

Having now seen it, it proved something to me that perhaps could not have been proved in any other way – The Power of Music. The acting was monumental, and with it the clarity between the role of roles of acting, emotion, and music in stirring the human heart.

The Non- musical movie was emotionally flat by comparison, and the Musical DVDs – 10th Anniversary, and 25th Anniversary editions soaring in comparison to this newest movie version. This was like being included in a research laboratory – a kind of clinical trial exploring the role of well acted out emotion as distinct from the musical dimension of communication. Man of La Mancha, (the movie with Sophia Loren) comes closest to revealing the same interplay.

To this day, I am brought to tears by both Man of La Mancha and The Dream Cast editions of Les Mis, but was not so moved by this latest musical film version. It is not that I was not powerfully impacted. It is just that I was impacted in another way. Here the point was driven home in ways that exceeded all other versions, but it was more like a musical power point presentation, than riding an emotional tidal wave.

There is a Handel’s Messiah dimension or quality to the Dream Cast editions, perhaps the result of the supplemental choral accompaniment there which was not present here. This is definitely worth seeing from a surgically elaborative and compelling point of view, but not so much from the perspective of an emotional act of Love and Grace experience. The acting, production, and even singing are all amazing, but, for me, not as moving as the big sound choral presentations.