AMBASSADORS of LIGHT – Another Level

Posted on December 30, 2012 by LovingLikeGod.com 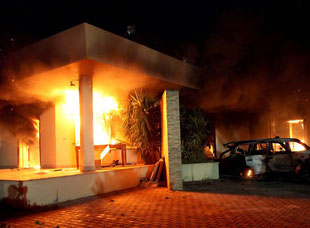 What are some of the implications of what it is to be an ambassador, and especially an “ambassador of Christ”?  To begin with there is a governmental or kingdom implication to the word “ambassador.”  An ambassador embodies the border of the kingdom or government he or she represents. This is representation at the point of greatest contrast.

“And no man hath ascended up to heaven, but he that came down from heaven, even the Son of man which is in heaven,” John 3:13

Quoted here from the King James Version of the Bible, we see an important truth pertaining to the person of Jesus Christ, the Son of man, “… the Son of man which is in heaven.” Jesus said this in His conversation with Nicodemus while he was here on earth.  Jesus said that His kingdom was not of this world, but that, in Him, the kingdom of God had come near. Jesus himself is heavenly territory.  He was able to be in foreign territory, (this world) but still be in heaven. Jesus was God’s Ambassador of heaven. He was God’s embassy, and He was also the embassy compound of the kingdom of heaven. He was in a position, not only to extend diplomatic recognition, but provide political asylum. He is the hiding place and refuge for those who would flee, not only the trials of this world, but the wrath to come.

So it is with us with Joshua, (Jesus), by faith, The Lord has given us every place we set our foot so that we might represent the Kingdom of Light, the Kingdom of God’s Dear Son.  Jesus Himself is the Kingdom of God, and he is present both in the world, in our hearts, and at the same time present at the right hand of the Father at the throne of heaven.

In the context of our last couple of posts, it came back to me at a time when the bloody message of the Benghazi atrocity is not yet fully dry in the ground.

From the muse of 1992, I would like to borrow the thought for present purposes that we, like Jesus are the embassies of The Kingdom of Heaven.  At the moment I want to apply this to the warfare surrounding the communication of the truth about intimate relationships that come from God.

What struck me in reference to what I need to say below is that in the beginning the first believers were appointed and anointed by The Spirit of God to be the Ambassadors, and even the traveling embassies of Christ. In the beginning, they had the endorsement and full support of the Kingdom of Heaven.  When they were attacked by religious extremism, Saul, for instance, Jesus took note, and struck Saul to the ground while he was heading out from Jerusalem, and on the attack.

Without getting into the many attacks on Christ’s embassies before and since that time, I would just like to make an application to our present realities.  The principality and power that supposedly stood behind, the U.S. Ambassador and Embassy in Benghazi looked the other way in the face of its being attacked.  As it happens, it too was an attack by religious extremism.

This is a GREAT challenge!  I know of few if any men who are walking in intimate relationships, relationships fueled by the Spirit in the passion of The Christ, gender neutral, or without regard to gender, (refusing to know one after the flesh).  Of those I do know I know of none that are willing to come out of the closet, to serve as ambassadors of this Truth.

There are many more women who aren’t afraid to serve in that capacity, and are even willing to talk about it – represent it. I suspect I have barley seen anything but the very icing on the cake in this connection, even where women are concerned.

The Problem with women is that they are so devalued by religion, that they have no standing to represent this truth, which they embrace so much more readily than men.  This seems to be common to all the religions, especially among religious extremists, including what is masquerading as “Christianity.”

In short there are very few ambassadors of this dimension of our inheritance in Christ. Those who dare to do so are either ignored – (the women) or attacked by the religious extremists. The situation really isn’t so different from what went down in Benghazi.  If Ambassadors of the Truth are not supported by The Truth, then they become the cannon fodder of religious principalities and powers.

When the ambassadors of Truth in our own day are sharing the Truth revealed to their hearts, the diverse systemic governments of what has been passing for “church” either stand by or take steps to have them eliminated.  This two is part of the warfare that surrounds the foxhole. Perhaps for those who have eyes to see, Benghazi might serve as a case in point.

I hope I have made myself clear concerning this level of the problem of foxholes.  And have done so in:

3 Responses to AMBASSADORS of LIGHT – Another Level