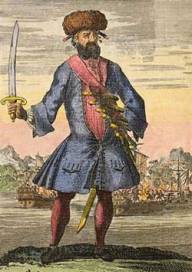 This has to do with Church gone bad.

If we read 3rd John, we quickly discover that there was another letter, apparently with the same geographic address, but confiscated by what appears to be false, bad or self serving leadership, in a word, “redundant.”

Several things have my attention in this present post.  The first is that, if all Scripture is “God breathed,” 2 Timothy 3:16 –  “All Scripture is God-breathed and is useful for teaching, rebuking, correcting and training in righteousness,” and I believe it is.

In the case of “3rd John,” This means that while John’s previous letter to the church was not received by the church, John, in this subsequent letter still referred to his previous letter as being written to “the church.” I take this to mean that it was still a church, as far as God was concerned even though Diotrephes was intercepting the mail.

1: vagrant, tramp
2: a dishonest or worthless person : scoundrel
3: a mischievous person : scamp
4: a horse inclined to shirk or misbehave
5: an individual exhibiting a chance and usually inferior biological variation

The Point I want to make here is that eventually the fruit of rogue leadership is rogue “church.” Even by the time that the New Testament Writings were coming to a close Rogue leadership came in, at least 5 flavors. The menu can be found in Ephesians 4.

By the way, Diotrephes got away with 3rd John.